April 30, 2015 by BandCalledFuseWP in Uncategorized 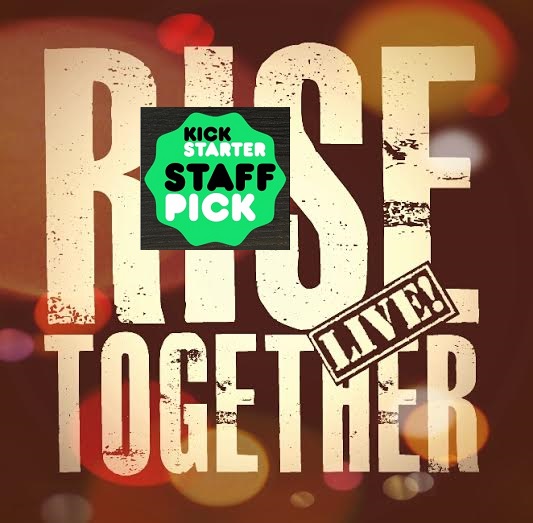 The Band Called FUSE: “As independent artists, crowd-funding on Kickstarter has been our lifeblood year after year. It’s our business model.”

The Band Called FUSE’s third Kickstarter project starts on April 29 and will raise $20,000 over 60 days to record a live album and concert movie over two nights at Littlefield in Brooklyn

NYC, NY – 29 April, 2015: Crowd-funding isn’t a one-time gimmick for The Band Called FUSE as they launch their third Kickstarter project this Wednesday April 29, 2015 to record a live album and concert movie in Brooklyn this coming fall. This follows two previous successful Kickstarter projects, first to tour to the South By SouthWest festival in Austin, TX in 2012, then to build their own recording studio and produce their “Impossible Dream” album that garnered strong reviews, placement on the college radio charts and video airplay on MTV in 2014. “As independent artists, crowd-funding on Kickstarter has been our lifeblood year after year. It’s our business model.” says The Band Called FUSE’s frontman and lead MC Silent Knight.

The Band Called FUSE’s successful crowd-funding approach relies on a dedicated community of music lovers who gather at the band’s free monthly music showcases in Manhattan featuring up-and-coming talent from rock, hip hop and soul. The band has hosted over a hundred Line Up showcases since 2010 and featured over two hundred local and regional guest MCs, singers and musicians – a veritable who’s-who of the underground NYC music scene.

“We are true believers in the unique power of the live music experience,” says The Band Called FUSE’s Silent Knight. “And we believe in building an open, welcoming music scene where diverse and talented performers collaborate and rise together.” The Band Called FUSE’s lead vocalist K-Dez adds: “We opened the doors and a tribe of music-lovers rallied around us. And thanks to their continued support on Kickstarter, we keep growing with the music. It’s a beautiful thing.”

The Band Called FUSE’s new “Rise Together Live!” Kickstarter project will raise $20,000 over 60 days to record a state-of-the-arts live album and concert movie to be produced by New York’s finest live sound and film team Aura Sonic and its founder the legendary Steve Remote, who has recorded an impressive cast of star performers over the years (from James Brown to Alabama Shakes). The shows will be recorded over two nights at one of Brooklyn’s trendiest new venues, Littlefield (622 Degraw St), on Friday October 16 and Saturday October 17. The Band Called FUSE will be joined on stage by several special musical guests and an expanded lineup including a horn section, an additional guitarist, a beatmaker and back-up vocalists.

“These shows will be the best shows we’ve ever played hands down. And we get to record them with all our peoples right there with us,” said Soul Qloc, MC and beat-maker for The Band Called FUSE. “It’s all coming together. One flow.”

Kickstarter project rewards will include admission to the shows, download of the live album, concert movie DVD, t-shirts and other show merchandise as well as several VIP packages including exclusive activities with the band.

The Band Called FUSE’s “Rise Together Live!” Kickstarter project can be found at the following link: https://www.kickstarter.com/projects/637365247/rise-together-live

You can catch The Band Called FUSE at their free monthly music showcase (“The Line Up”) the first Saturday of every month at SideWalk NYC on the Lower East side of Manhattan (94 Ave A). Early attendance is recommended as the venue often reaches full capacity for these shows.